Guys, what do you know about this feud between the XTZ founders and Johann Gevers? 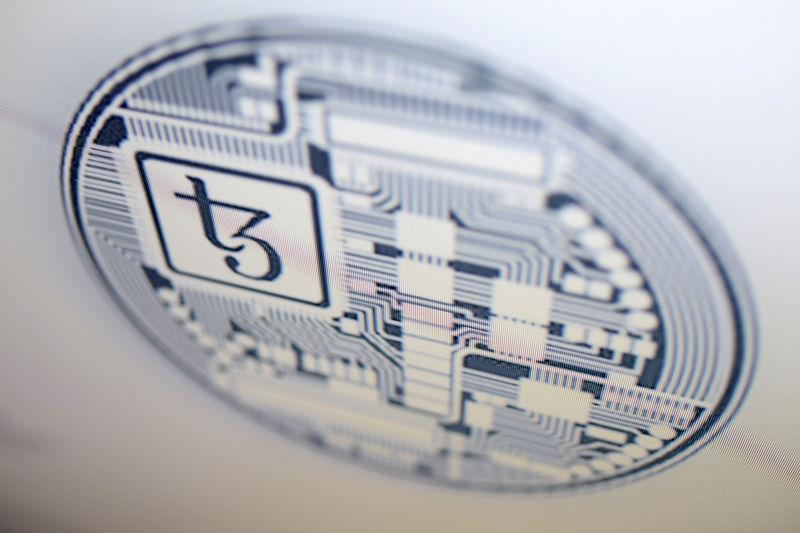 Just three months ago, a tech project called Tezos raised $232 million online in a wildly successful "initial coin offering," in which new digital currency is parcelled out to buyers. At the time, it was the most money ever raised from the public in...

Under the terms of the Tezos coin offering, there’s no guarantee participants will ever receive a single Tez. Participants agreed to accept the risk that the project “may be abandoned.” Despite the feud, Gevers said he remains committed to resolving the feud so that “this project succeeds.”

In pitching the story to Reuters, John O‘Brien, a principal of Strange Brew, had made claims about Tezos’ progress. He wrote: “The applications of Tezos, ranging from derivatives settlement to micro-insurance, are real and recognized by industry giants. Ernst & Young, Deloitte, LexiFi, etc. have adopted Tezos in their development environments and labs.”

On Oct. 3, a spokeswoman for the accounting firm Ernst & Young told Reuters: “The statement is not correct. EY has not adopted Tezos.” A spokesman for Deloitte said Tezos’ code is “one of many technologies we’re considering” with blockchain, but it’s “still early stage and we haven’t used the technology for a client project.”

Jean-Marc Eber, CEO of the French software company LexiFi, said, “The sentence, as stated, isn’t accurate and unfortunately exaggerated, to say the least.” While there had been “informal contacts,” he said, “at this stage, LexiFi has not adopted Tezos’ technology in its development environment or labs.”

Anything to be worried about?

Jean-Marc Eber, CEO of the French software company LexiFi, said, “The sentence, as stated, isn’t accurate and unfortunately exaggerated, to say the least.” While there had been “informal contacts,” he said, “at this stage, LexiFi has not adopted Tezos’ technology in its development environment or labs.”

I think 3 companies quoted E&Y, Deloitte and LexiFi don’t want to be associated with a failure or potential failure (it can be understand easily). Nevertheless none of this company said the statement is not true. It seems to be that they are working on it.

For the foundation seems very strange, Gevers says he want project to succeded but in the meantime is accused of embezzelment. He also says that the Breitman’s has control over foundation site domain and server. It is very easy to criticize but from the start I believe in Breitman to do what they need to do.

As long as it is not an investment (it is not a securities, many people forgot this point while participating to the ICO), I do not except any return. I’ve invest money that I do not need. Of course I want the project to be sucessfull, but it takes time. For comparaison Bitcoin path down the way during 4 years before it was really known.

please read the letter of the Arthur,they have good plan to do with it and the things had happened for a while and had done indeed.

Everything happens as expected to happen.
Tezos project is so revolutionary, that all the forces of the universe conspire against it.
Stay stable in good and fear (only) God.

Tezos Raised $232 Million in a Hot Coin Offering, Then a Fight Broke Out

One of the year’s biggest initial coin offerings, a $232 million token sale by Tezos, is embroiled in a management fight that is threatening the deal and highlighting the risks in this red-hot corner of finance.

“There’s a lot to regret here,” says Kathleen Breitman in an interview this week. She and her husband, Arthur, run the primary company developing Tezos, which wants to improve blockchain ledger technology through software. “We made a lot of mistakes. The best I can do is put my head down and work on the code.”

A lawyer representing the Breitmans on Sunday sent a nine-page letter to the foundation’s board, demanding that its founder and president, Johann Gervers be removed, or they would withdraw their support from the project.

Mr. Gevers, in an email, wrote that “the Breitmans have attempted to bypass the Swiss legal structure and take over control of the foundation, and have acted destructively, causing months of delays in the Tezos project.”

I don’t want at any moment to be considered as someone trying to spread panic.
I just want the opinions of people who might better understand all this, since I myself don’t.

As far as I know, Johann Gevers is famous because of the foundation of Crypto Valley. No doubts, he is great professional in business. He works in this sphere 25 years. So, I would trust him. I have not so big experience in business because I work in this sphere just 5 years. I work in the investment sphere. During these years I could understand that you’ll never be sure in your business without good accountant. Do you agree with me guys? One day I found interesting web page https://apmaccountants.ie/ and since then I don’t have doubts in what I do. This is an accountancy firm which is situated in Dublin. So, you can ask them about this question and I’m sure they will help you. I hope my advice was useful for you.